Why your house is making you unhappy. The answer lies in your cells. 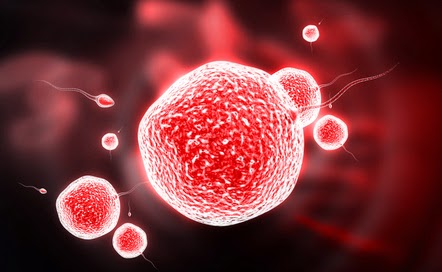 Human life starts with the egg cell. At fertilization, the egg cell becomes the zygote. Filled with potential for life. In space, vital energy fills a cube, the microbode (Paramanu or if you prefer the modern CERN scientists' term Higgs Boson particle). A single line of light in the microbode, the brahmasutra, bears the potential for cosmic life.


The embryo takes the form of human life, vibrant with energy and alive. The cosmic vital force (concentric cubes oriented with true magnetic North) is also vibrant and alive.

Our connection with cosmic life goes deep. Way deep. Every single cell in our body resonates with the cosmic vital life force. The Universe is consistent. Life begins in parallel .. human life and cosmic life.

Dr. Sthapati Ganapati explains that Universal order and universal rhythm pervade the creation of the Universe and all its elements (including all living things).

When this order and rhythm observed in nature is emulated in the physical creation of man-made structures, what results is a spiritually elevating Divine form that completely resonates with the Universe.


Now why would I want to be in a building like that? What's wrong with my house/office? As they say if it ain't broke don't fix it.
Well it is 'broke'. Sort of. If you missed our previous blog posts, here is a quick recap of  over 20 years of research

The power of a resonating structure
Here is a 3 minute video of an interview by the Washington Business Journal on the 2000 Tower Oaks office building in Washington D.C.. Developer Jeffery Abramson talks about the influence of Vedic architecture and the numerous positive effects it has had on office health and productivity.


Click here if the video above does not load

"Miraculous stories and extraordinary experiences often precede understanding. They invite us to open our hearts and minds, making it possible to believe in something that exists outside of our limited thinking. "
Cheryl Richardson
Author
You can create
an exceptional life

October 2003 Ramona, Southern California.
One of the worst forest fires is under way. It is headed straight for the newly constructed home of the Worlands.  Evacuations in Ramona and 23 communities have been ordered.

Reluctant to leave, the Worlands stay behind closely watching the path of the fire. They begin to hose down the home they have designed and built. It’s now close to midnight and the flames are close and roaring high.
The Cedar Fire is moving with record speeds toward their home at 40 to 60 mph. With the family still inside, the fire is only 50 feet away. The Worlands now decide to quickly gather important items and evacuate.

The fire fighters have their hoses aimed on the flames but the fire is so fierce, the high pressure water streams are evaporating. As the fire approaches the home, the winds make a sudden 90 degree shift and the fire passes outside the fence of the house.

The sudden wind shift gives the Worlands an opportunity to evacuate safely, their home and everything in and around it is saved. Ten minutes later, the wind shifts back to it's original direction and consumes everything directly behind the house!

The Cedar Falls fire destroyed 2820 structures, destroying 273,276 acres of land and 24 communities. With 4275 firefighters fighting against many odds at its peak, this was one of the worst and largest fires to burn in California.
There were five other homes within the fire’s range that had a similar fortune. The fire completely missed these houses. So what was it about these structures that the fire “lacked the desire” (as one of the fire fighters put it) to destroy these homes?

They all had one thing in common. They were built on the principles of the architecture of nature, Vedic architecture.

The same principles have been used to build some of the most notable structures of humanity – The Egyptian and Mayan Pyramids, Chichen Itza, Machu Picchu, and The Taj Mahal.

So now what can I do? I can't just run out and get me one of them Vedic architecture building thingies!

For starter's there are 4 things you can do to begin to make the most of nature's beneficial energies.  The science of Vedic architecture is a very precise science. On the other hand, the energy enhancing and rectifications are experimental. No amount of energy enhancing will have the same Vedic effect.

It's important to understand that the original Vedic texts DO NOT have a prescription for rectification of existing buildings. We can, however, learn from the many cultures around the world and adopt certain practices that 'clean up' the energy in our space.

It has been found that cleaning the stagnant energies that accumulate in non-vedic structures, leads to increased harmony, better health, relationships, and finances.

1. Honor the five basic elements air, water, earth, fire, and space in each enclosed space. That means in every single room. (How? Stay tuned to future posts) 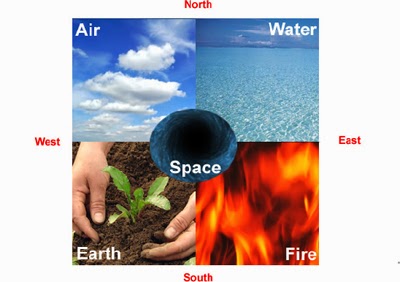 2. Respect nature and all forms of existence. Bring it indoors as much as you can.

3. Celebrate your self and your special identity. Your space must be a reflection of you. Of things that are of importance to you.

4. Energetic Clearing:  Do an energetic/space clearing at least once a month. (See our post on benefits of clearing here, and our post on using drums to clear here. )

Stay tuned to our following post on how to honor, respect, and celebrate ....