What We Need To Know About Technology

Why Do Silicon Valley CEOs Limit The Use Of Technology For Their Kids
2:28 minutes

This Is How Smart Phones Are Making Us Stupid
5:00 minutes

How Technology Affects Our Body
6:10 minutes

What Can We Do? Solutions
7:14 minutes 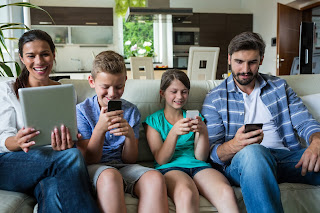 "Monica is a pioneer in the field of energy work, as one who brings multiple gifts, talents, skills to the table as the business of healing human life, heart, energy back to itself !!!

For healing life is no ordinary mean common work . On the contrary !!!The degree of difficulty borders on the impossible .

But Monica has that spiritual drive to find a way with innovation of her unique gifts, talents, skills !

It is truly inspiring for the client to begin to feel alive to itself once again and feel the hope, the potential the promise to get back into the mainstream !!!

Monica’s work is to breathe life; light the spark; grow the wings ... TO FLY !!!